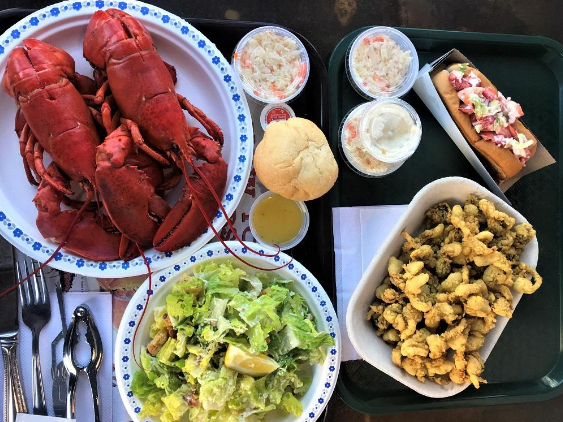 If you’re visiting Atlantic Canada this summer and wondering what delicacies to try, there’s no need to stress, here are some of the must-eat meals of Atlantic Canada.

12 Things to Eat and Drink in Atlantic Canada

Ready to eat your way across Atlantic Canada? Here are 12 of the best cuisines to try out:

A good place to try out this meal would be a local pub as they’re served traditionally. 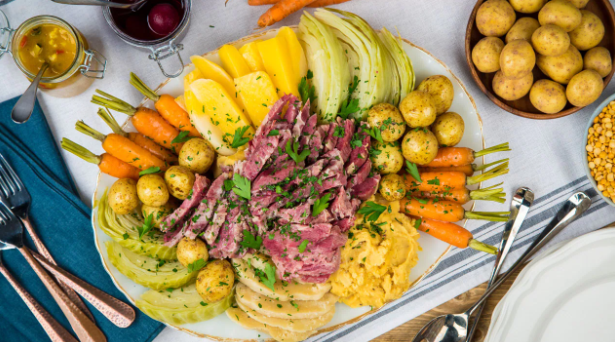 Donair, the official food of Halifax, Nova Scotia, is a saucy, meaty, and messy wrap similar to Shawarma and the likes but is unique in every single way.

The Donair consists of thin slices of spiced shaved beef laid on warm Lebanese pita bread, garnished with diced onions and tomatoes, and smothered in an addictive, sweetened, garlicky sauce.

The best place to get a true Halifax Donair would be at King of Donair on Quinpool Road, the original creators of the famous recipe. 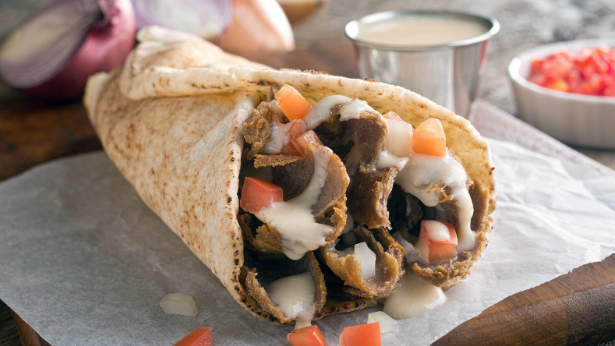 A typical lobster roll consists of meat-claw, lobster knuckle, and tail meat drenched in butter and served in a toasted hotdog bun. But the classical lobster roll has adapted different styles over the years, including the butter being replaced with mayonnaise.

Lobster rolls are quite popular in Nova Scotia and can be found in almost every corner of the province. 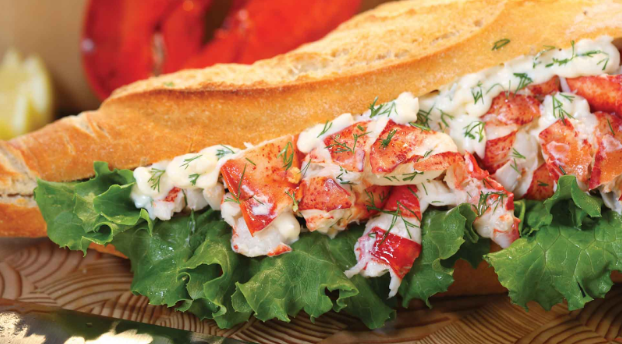 Rappie Pie is a traditional Acadian dish from Prince Edward Island and Nova Scotia. It’s a delicious mix of grated potatoes, onions, carrots, celery, and chicken served with chicken, pork, or seafood broth to pour over the table.

This dish is very unique to the Acadian region of Nova Scotia.

Nova Scotia’s Blueberry Grunt is a traditional summertime dessert made from fresh or frozen blueberries.

Similar to a cobbler, a blueberry grunt is best served with toppings of sweet biscuit dough, vanilla ice cream, or fresh whipped cream. 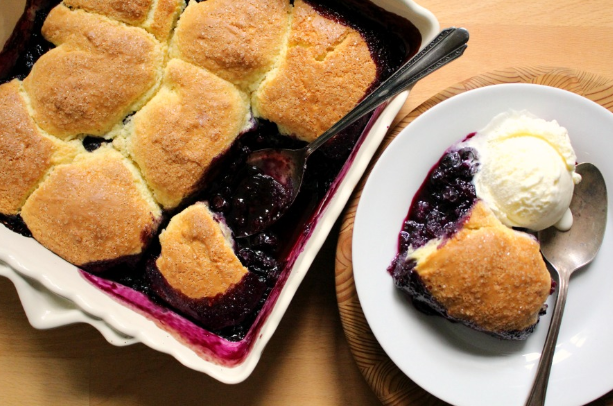 Atlantic Canada produces tons of oysters yearly, each with distinctive characteristics and sweet flavor. Oysters can be found at most seafood restaurants and oyster bars all over Atlantic Canada.

In Nova Scotia, Hodge Podge is an old favorite vegetable stew, made from a new summer harvest of potatoes, carrots, green and yellow beans, and fresh peas doused in cream and butter.

It’s important that the vegetables used – especially the potatoes and carrots – must be newly harvested and fresh. All these are then brought together in salted boiling water. Hedge Podge can be found on various menus of small restaurants in Nova Scotia and sometimes as a special at local diners in Halifax.

Dulse is an edible red seaweed from the shores of the Bay of Fundy in New Brunswick. It can be eaten as a dried snack or added to sandwiches, stir-fries, and salads.

The best place to try Dulse is the town of Dark Harbor on the Island of Grand Manan.

Newfoundland Screech or Newfie Screech is a rum sold in Newfoundland. It comes with its own “Screech In” ceremony, where aspiring Newfies’ down a shot of Screech Rum and kisses a codfish on the lips. It will declare your honorary Newfoundlander status, and depending on where you get “screeched in,” you might be given a certificate to show for your new Newfoundlander status.

Nova Scotia’s signature wine, Tidal Bay, was launched in 2017 and is the first white wine appellation for Nova Scotia. It contains only Nova Scotian grapes and is the perfect pairing for their local food. One way to visit their wineries would be going on the Wine Bus Tour.

The Canadian fries in this Poutine are cut and soaked in water with a bit of sugar before they are cooked. Once they have been cooked they are smothered in rich beef gravy and dressing and topped off with fresh cheese curds.

Try Newfie fries with Pineapple Crush, a soft drink only available in Newfoundland.

Dipped in honey mustard and deep-fried, this pepperoni is another delicious meal of the Atlantic Canadians that goes well with local beer. Although its popularity doesn’t live up to its deliciousness, you can get it almost anywhere in Halifax.