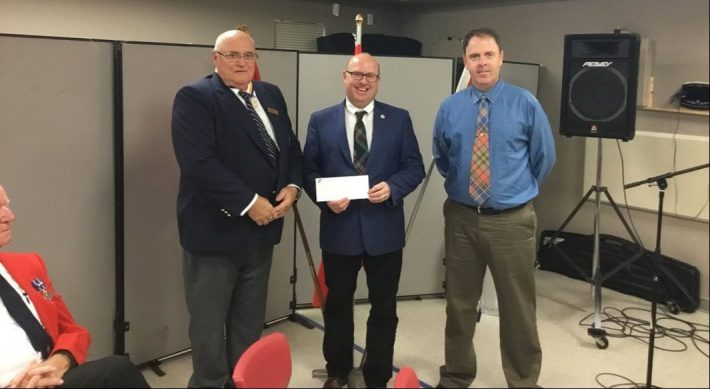 Each year, Higgins Insurance is incredibly proud to partner with the New Brunswick Royal Canadian Mounted Police (RCMP) Veteran’s Association in handing out five $1,000 scholarships to worthy students.
For 2017, we had over 125 applications come in from lots of hopeful and exemplary students. Here are the results – congratulations to the winners!

​The Scholarship Requirements for Eligible Students

​To be eligible for the scholarship, each recipient must obtain further full-time education at a post-secondary institution (either academically or learning a trade/profession). They also must be the child or grandchild of an active or lifetime member of the New Brunswick RCMP Veteran’s Association, or a child of a J Division employee.

In addition to these requirements, applicants must be outstanding students and citizens.

To be eligible, they must have a grade average of at least 75% during their graduating year of secondary school. They also need a letter of recommendation from a teacher or community leader that shows their positive contribution to their school or community.

The chosen students are some of the best and brightest of their age group.
​

Fernand Dubois spent 38 years in the RCMP as a well-liked, friendly officer who took great pride in his position. He retired in 1989. He lived his whole life in New Brunswick and passed away in March 2002. Sarah Wheeler
Sarah Wheeler is the daughter of civilian member Doug Virtue. She is attending York University in Toronto, Ontario. She accepts the scholarship in honour of Civilian Member Tracy Lawlor.

Tracy Lawlor is the daughter of retired Staff Sergeant Jack Lawlor. She started her 37-year career in policing in 1980 as a monitor transcriber. From there she became a supervisor, and even worked on the Allan Legere investigation. She now works for the OCC as a team leader/supervisor.

Bert Hudon has had a long career in policing, from his days of recruitment to his time in various detachments and the Forensic Identification Section (FIS). He also served as a forensic identification instructor for seven years before returning to FIS, where he eventually took charge of the J Division Complaints and Internal Investigations Section. He retired in 2013.

Kristy MacNeil
Kristy MacNeil is the daughter of Retired Staff Sergeant Laurie MacNeil. She is attending Saint Thomas University in Saint Paul, Minnesota. She is accepting the scholarship in honour of Sgt. Pierre Gardner.

Pierre Gardner dedicated his career to working with Police Service Dogs (PSD) as a handler. Among his many accomplishments, he raised RCMP puppies for training and worked with his PSD on many high-profile cases – on some, he and his dogs detected crucial evidence which led to major case traction. A few of his dogs were even killed on the job. He and his last service dog, Bruno, retired in 2014.

Raymond Doiron began his long career in the force in 1972 as a correctional officer. He served on the Toronto and Moncton police forces before joining the RCMP, where he served until 2005. He continues his involvement in the FISTS (First in Stopping Tough Streets) Boxing Club, where he mentors youths interested in boxing who also pledge themselves against bullying and fighting.

Congratulations once again to the 2017 scholarship recipients and honorees. We’re proud of your efforts and wish you luck in the future!