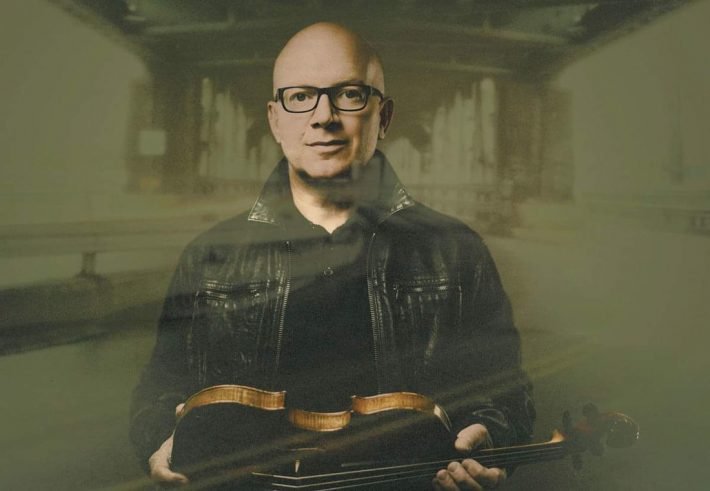 Here is our Interview with Philippe Dunnigan for Make Music day.

​Philippe has been the principal violinist for Celine Dion in Las Vegas since 2011. Head over to www.celinedion.com to check out the details on her World Courage Tour which begins this coming September!

Philippe Dunnigan is a Quebec violinist and a graduate of the Montreal Music Conservatory. He began his career as a classical musician but was quickly drawn to other styles. Since then he has shared the stage with some of the biggest names in show business including Luciano Pavarotti, Placido Domingo, José Carreras, Barbra Streisand, Céline Dion, Charles Aznavour, Michel Legrand, Diana Krall, Michel Fugain, Roch Voisine, Jean-Pierre Ferland, Ginette Reno,  Lynda Lemay, Diane Dufresne, Lara Fabian, Le Cirque du Soleil,  Sally Folk, André Gagnon, Rod Stewart, Yes, Diana Ross, Jimmy Page, Robert Plant, Josh Groban, Anne Murray, and more! He was honoured to play for Her Majesty Queen Elizabeth II and for Queen Beatrix of Holland. He has participated in over 300 recordings for albums, television, publicity and film. He was awarded ADISQ 2012 classical record of the year alongside pianist Alain Lefevre.

What are keys to success in music, traits, habits, what does a day in the life of a professional in this field look like?

The keys of success in music are patience and honesty. You can’t expect to master an instrument without effort. You have to be honest about the efforts you are putting into it. You have to be diligent, on time and you have to be able to get along in a group. Music is communion…

To “make it” you have to move to a bigger city like Toronto  or Montreal.  Is that true, or can you get it done by being flexible, travelling and leveraging technology?

Although there are certainly more opportunities, you don’t necessarily have to live to a big city to have a career in music . As in other professions technology makes it possible to work from pretty much anywhere.

What makes you employable?  How or where do you network to get the opportunities?

Being responsible, agreeable and open minded will make you employable. Don’t be afraid to try new stuff and look for opportunities when doors open. Always be nice.

What value does a university degree bring in the industry? For example if a Musician is interested in tech (sound, recording, mixing etc.,) does having studied music at a university really make a difference?

There are different ways to acquire knowledge. Some people are more academic and some are more hands on… In any case, the more “tools” you have the better equipped you will be. Studying also helps you know yourself. Getting a degree is vital if you choose a career in music education .