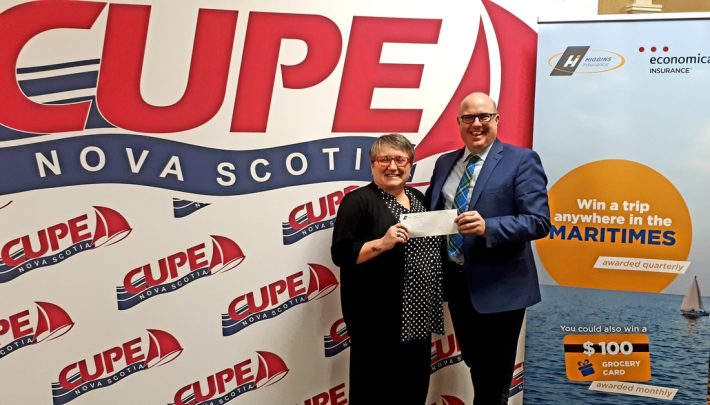 As all parents know, any financial aid in getting their children pay for college is helpful. This is especially true for students who aren’t at the top of their class or are exceptional athletes.

Thankfully, there are a number of scholarships available that can do wonders in greasing the wheels for admission fees.
​

One such scholarship is the CUPE Nova Scotia Higgins Insurance Scholarship. But how much does it cover? What are the eligibility requirements?

​Here’s everything you need to know about this scholarship.

Who Is Eligible for the Scholarship and What Can They Win?

Those who can apply for the CUPE Nova Scotia Higgins Insurance Scholarship must be individuals planning to enroll in a college in the 2018-2019 year. As such, the individual must have proof of their registration.

Because the scholarship is coming from CUPE (Canadian Union of Public Employees), only members in “good standing” with a local union are welcome to apply, as well as their children.

If you’re not sure about your chances of winning, buck up – because they just doubled. The scholarship will be awarded to two individuals, each of whom will receive a value of $1000.

This may not be as much money as some higher-profile scholarships, but it’s certainly enough to reduce some of your financial stress and cushion the blow of those expensive books that accompany nearly every class.

Only first-time applicants are able to apply. If you’ve already won the scholarship, leave college and then return, you cannot reapply.

How Are the Recipients of the Scholarship Decided?

Part of the decision-making process will be a consideration of the applicant’s financial needs and record of volunteering in the local community. Social activism will also be taken into account.

This sets the scholarship apart from others – as most don’t put an emphasis on things like volunteering, which speaks to the applicant’s character, as opposed to their performance. As such, the scholarship could be attainable by individuals who would otherwise have little chance at receiving one.

Or, it could serve as a complimentary scholarship to those you’ve already assembled based on academic and/or athletic performance. Volunteering is a rewarding activity by its own merits, but there’s no shame in using it attain some economic relief.

In order to be considered at all, an applicant must fill out a form and send it to the CUPE Nova Scotia Awards Committee by February, at the very latest. Forms received after that date will not be considered. In addition to the form, some additional documents may be required.

In the past, the exact cut-off date for submission was the 15th, but that could change for the coming year. It’s best to check the official website for updates.

Another of the more notable recipients in recent years is Nick Burris, who is currently finishing up his degree at Dalhousie and will soon be working at Google as a software engineer. His mother, Heather Corkum, is a member of CUPE local 143.

The very first winner of the award, way back in 2008, was Tyler J. MacNiel, whose parents were from CUPE local 1867 and part of the Nova Scotia Highway Workers.

Are There Any Other Details You Should Know About?

The CUPE Nova Scotia Awards Committee makes it absolutely clear that all winners will be final. This means that there’s no politicking for a recount or making any last-minute pleas. You can always try again next year.

All responsibility for lost applications or documents lies not with the awards committee, but with the sender or mail service. Even if the mailman loses your application in the mail, the committee cannot overturn any decisions they have already made.

For anyone who may be worried about giving out sensitive information in the application, the awards committee stresses that confidentiality is a tenant of theirs. Any applicant can rest assured that all their information will be safe and sound, only to be distributed amongst the committee.

However, should you be the winner, then your name could possibly be published in certain publications and websites, unless you would suggest otherwise.

A Scholarship Can Make All the Difference

There are many different scholarships out there, but they’re not for everybody. Most of them are primarily concerned with school performance or athletic ability.

The CUPE Nova Scotia Higgins Insurance Scholarship, on the other hand, rewards character – which makes it accessible to a worthy demographic that would otherwise go unnoticed.

If that’s you, what are you doing here? Go apply.